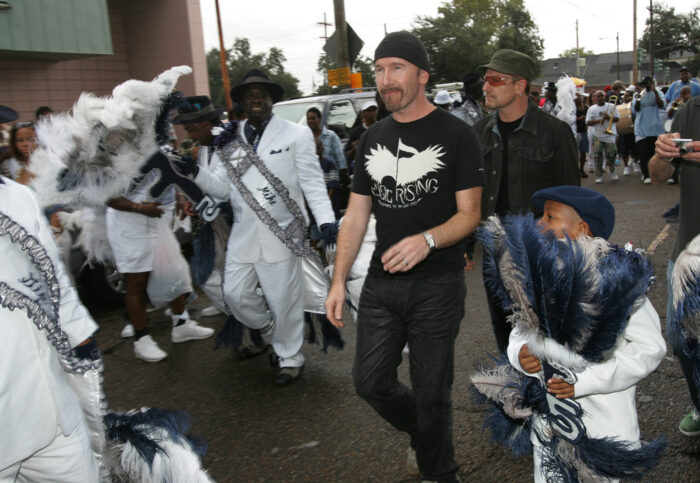 U2’s The Edge and Bono join the parade in New Orleans after its rebirth from the devastation from Hurricane Katrina. The legendary artists supported the city and its musicians with the founding of Music Rising, a disaster relief fund for music. This traditional parade featured performers and Mardi Gras celebrations throughout the city and also led to the re-opening of the Preservation Hall Jazz Club.  New Orleans, Louisiana 2006